Comprehensive rehabilitation at Blythedale Children’s Hospital gets Charlie back in the game.

On Valentine’s Day in 2020, 14-year-old Charlie was playing basketball with his friends when he suddenly felt tingling in his hands and fingers. He tried to call his parents, but his hands went numb, and he dropped his phone. “At that point I was completely paralyzed,” recalled Charlie.

Charlie was rushed to a local hospital and then transferred to Maria Fareri Children’s Hospital in Westchester County where he was diagnosed with transverse myelitis, a rare neurological disorder in which the spinal cord becomes inflamed, causing pain, muscle weakness, paralysis. and more. According to the National Organization of Rare Diseases, there are between one and eight new cases per million each year.

“The scariest part is that it’s unknown why it happened,” said Jill, Charlie’s mom. Charlie’s dad, Joe, agreed. “You kind of slip into shock. We had a previously healthy 14-year-old at the time but now we were told he may never be able to walk again.”

Charlie had very little movement after his injury and was admitted to Blythedale Children’s Hospital for comprehensive rehabilitation. Charlie worked daily with both physical and occupational therapists, often at the same time.

“He really started from the bottom," said  Karen Levy, DPT, Charlie's physical therapist. "When he got here, he hadn’t yet been out of bed and couldn’t lift his head. We first started working on getting him to sit upright and from there we worked on moving from the bed to a chair and then with some supportive bracing we worked on getting up into standing and eventually walking.”

Charlie reached little goals one by one but he had one goal that he wanted to achieve more than anything else.

In therapies, movements were integrated that are often used in basketball, including side shuffles and relearning how to dribble a ball. Charlie also worked on being able to shoot a basket again.

“I started on the smallest hoop with the smallest ball and shooting it, barely not being able to make it in at all and eventually progressed to the bigger hoop with the normal ball again, and always [Tara] wanted me to work at it and not get discouraged,” said Charlie.

Charlie, his family, and everyone at Blythedale started to see the progress he was making and Charlie used meeting those goals as motivation to continue.

“The patients and families that we work with inspire us and humble us," said Levy. "I think all the staff feels the same. Everyone wants to do the best they can for the people that come through here."

“No matter how much experience you have, I really think that those learning experiences we gain from our patients teach us resiliency," added Sullivan. "We see amazing things happen here, like Charlie coming here with very little movement and little ability to do anything for himself and leaving here, walking out."

Charlie is now a junior at Yorktown High School and a member of the Varsity Boys Basketball team. His coach, Mark Pavella, remembered one specific practice where Charlie shared his story.

“Charlie was really brave," said Pavella. "We felt like we had to do something, not only to recognize Charlie, but also the hospital for all the great work that they’ve done to help him.”

In January 2022, during a basketball game with no spectators, the Boys Basketball team held a fundraiser. Each person bought a t-shirt that said #charliestrong and the proceeds went to Blythedale. Members of the team presented a check to Blythedale Children's Hospital for $5,000 in March.

When asked why donate to Blythedale, Charlie responded, "Blythedale has always been a special place because I came here with nothing and left here with a ton. If it wasn’t for them, I don’t know where I’d be." 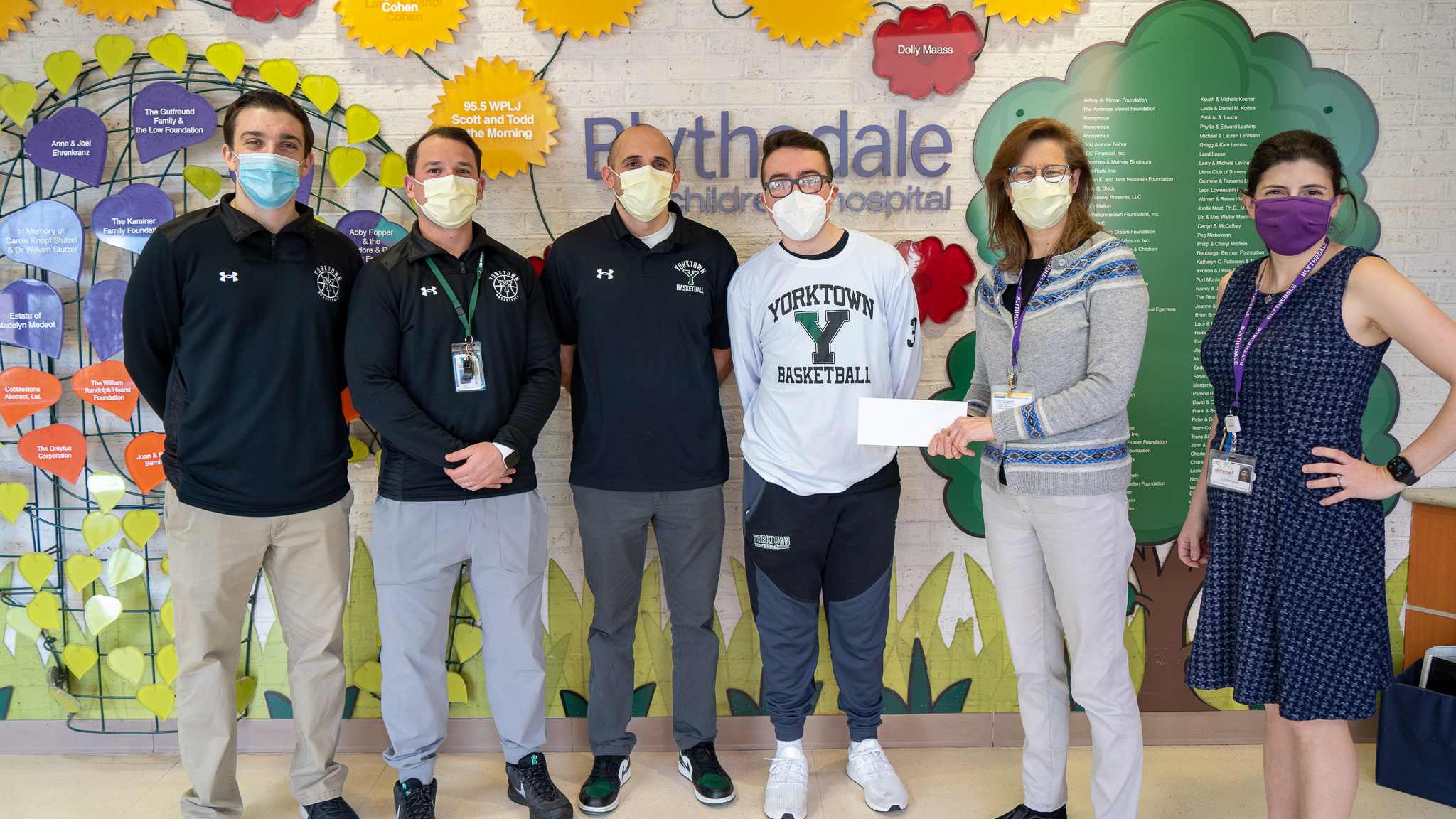 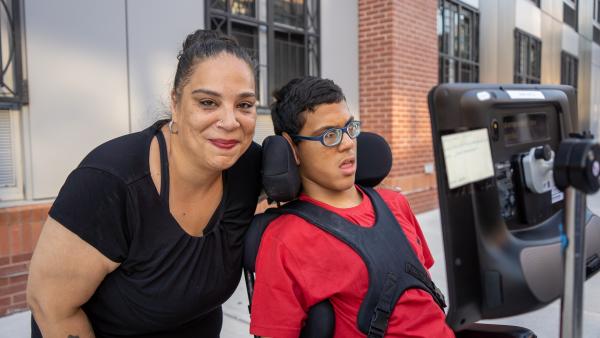 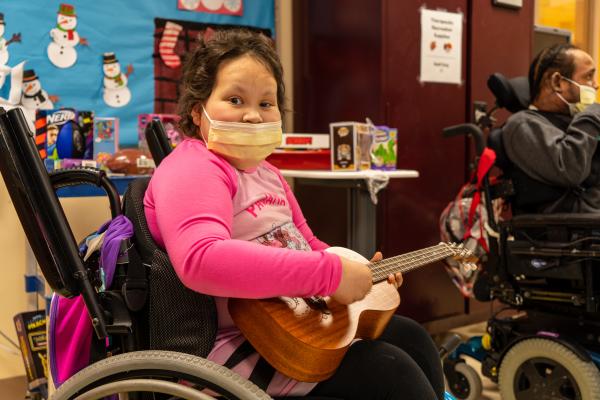 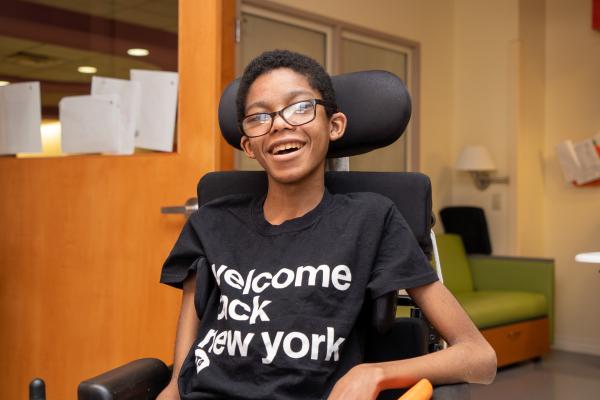