Bentley is more than meets the eye.

“He is the bravest kid in the world and an inspiration for anybody,” says Marlenny, Bentley’s mom.  “He’s happy, confident and very special.” 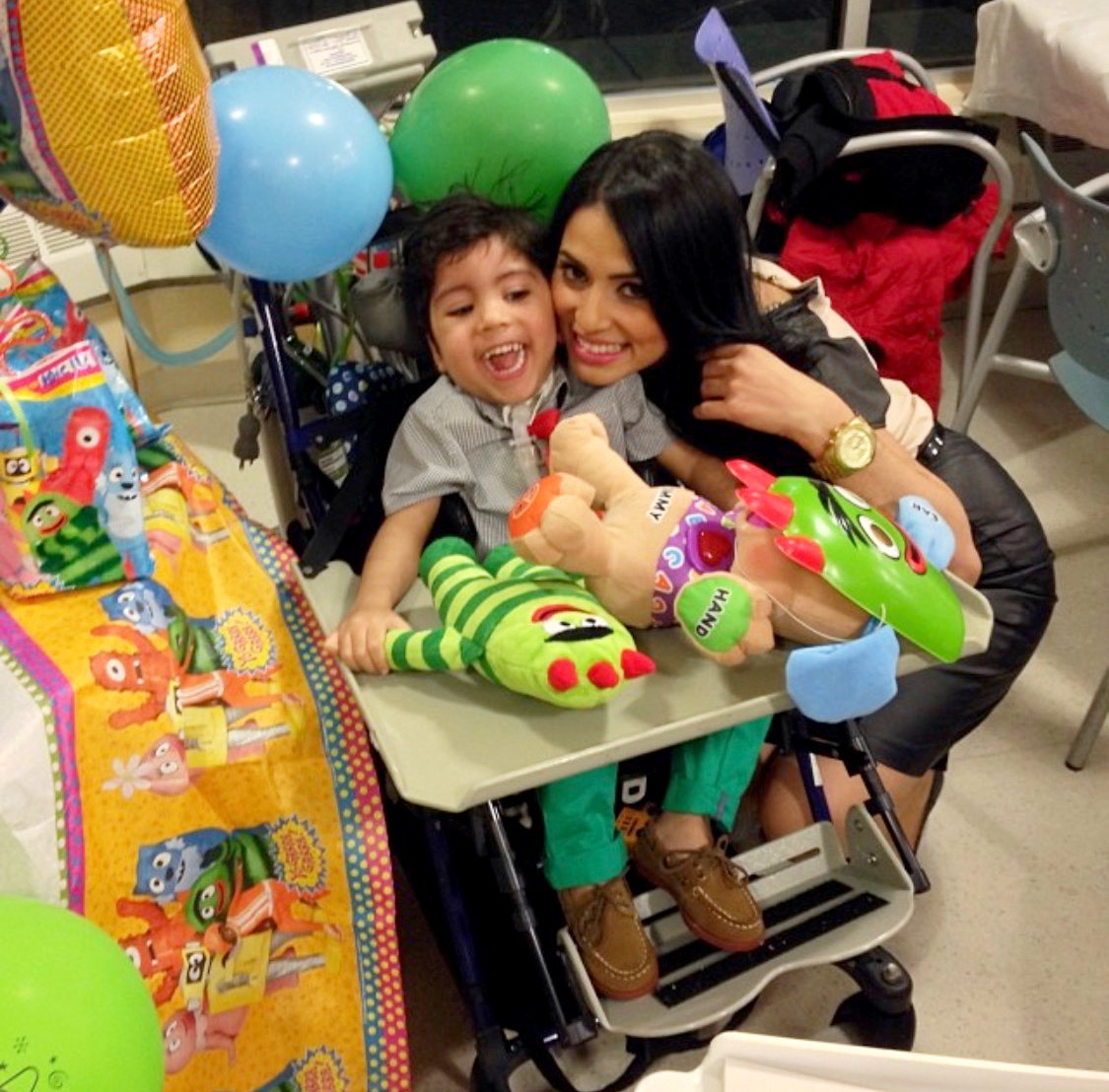 As a result of his diagnosis, Bentley’s muscles used for movement, eating, breathing and other activities were severely weakened. He suffered life-threatening chronic respiratory failure,  prompting ventilator dependency, while also experiencing muscle-related feeding and swallowing difficulties that necessitated insertion of a feeding tube.

“He’s unable to walk and doesn’t have a lot of range of motion in his arms or legs, but he’s aware of what’s going on,” said Bentley’s mom.  “I didn’t know how to take care of him, so the hospital recommended Blythedale for both of us; Bentley would get intensive rehabilitation and I would learn how to take care of my son with confidence.”

In 2013 he was admitted to Blythedale’s inpatient unit and immediately began receiving top-notch medical management of his complex diagnoses, plus intensive physical, occupational and speech therapies by Blythedale’s highly trained clinicians. All the while, Bentley’s mom was supported by the Hospital’s Parent and Caregiver Training Program where she trained in Blythedale’s on-site simulation lab to learn skills and techniques needed to care for her medically fragile child.

But after a few years, Bentley underwent back surgery and was readmitted to Blythedale. That’s when his interdisciplinary team - comprised of doctors, clinicians and social workers - presented a special opportunity to Bentley and his mom.  He could be part of the inaugural group of patients admitted to the Hospital’s brand-new Steven and Alexandra Cohen Pediatric Long Term Care Pavilion, a unique 24-bed facility dedicated to the highly specialized needs of infants and children that require extended medical care and rehabilitation. 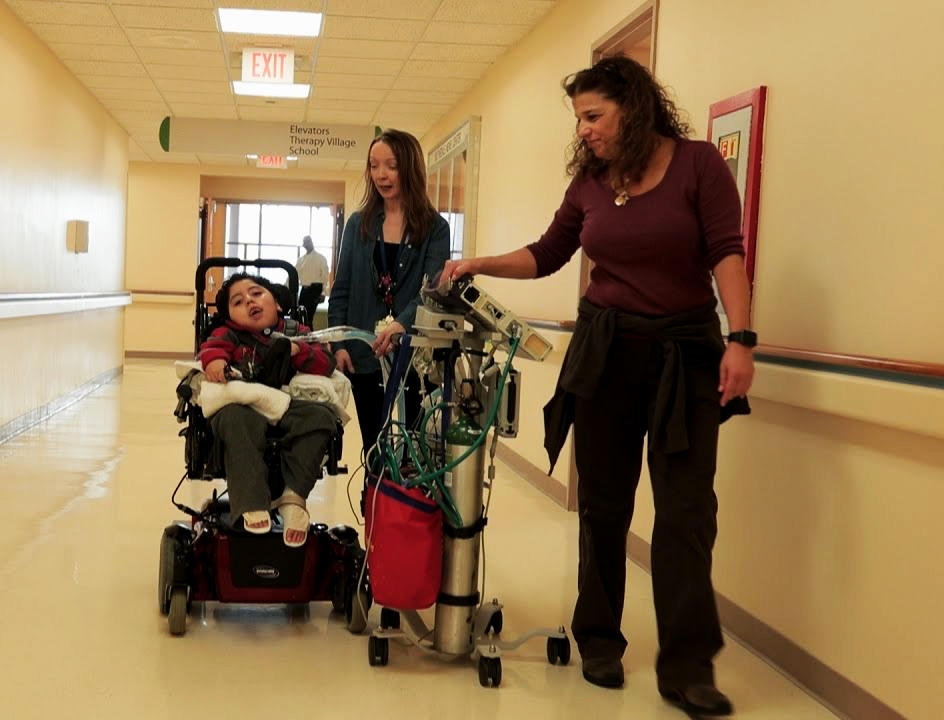 It was agreed and months later, Bentley became the first trailblazing patient admitted to the new facility.

While there, management of Bentley’s medical complexities continued and his world expanded.  He was introduced to Blythedale’s burgeoning assistive technology program where he learned how to utilize a power chair for independence and mobility and an eye-gaze system to help him better communicate.

“They got me the power chair, so I tried it and then I liked it,” said Bentley.  “They are very nice [at Blythedale].”

He also experienced another milestone, becoming a special education student in the Mt. Pleasant Blythedale School, the only such public school district at a hospital in New York State. 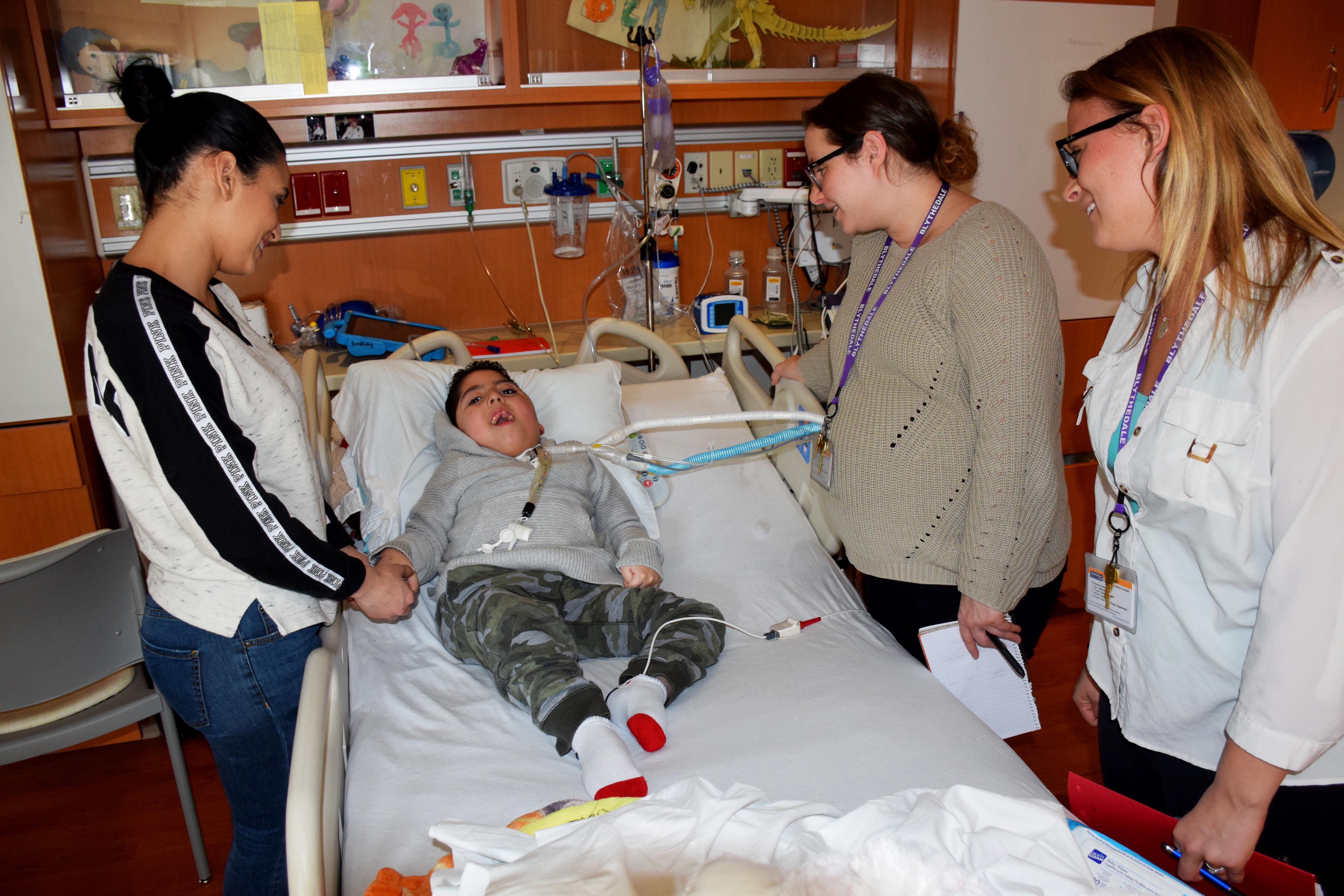 The time Bentley spent in Blythedale’s new Long Term Care Pavilion allowed for his mother to continue her parent training, secure a new job and move into a Bronx apartment that better suited Bentley’s medical needs.

While her son grew, so did the disease’s effects on his body, including increasing levels of respiratory distress. Slowly his health stabilized and he became stronger. As a result, Bentley’s team at Blythedale began planning for discharge and introduced his family to the Hospital’s Health Home Care Management program. But his mother questioned exactly what this was.

“It first started as a vision by our CEO, who really wanted to develop a socially based care management program for families in the community,” said Susan Murray, LCSW, Chief Engagement and Experience Officer at Blythedale Children’s Hospital.  "When kids as fragile as ours go home, they often have very complicated discharge plans with multiple specialists to follow up with. Health Home helps families through the transition process and works to keep their kids out of the hospital, while setting a good tone for their home life.” 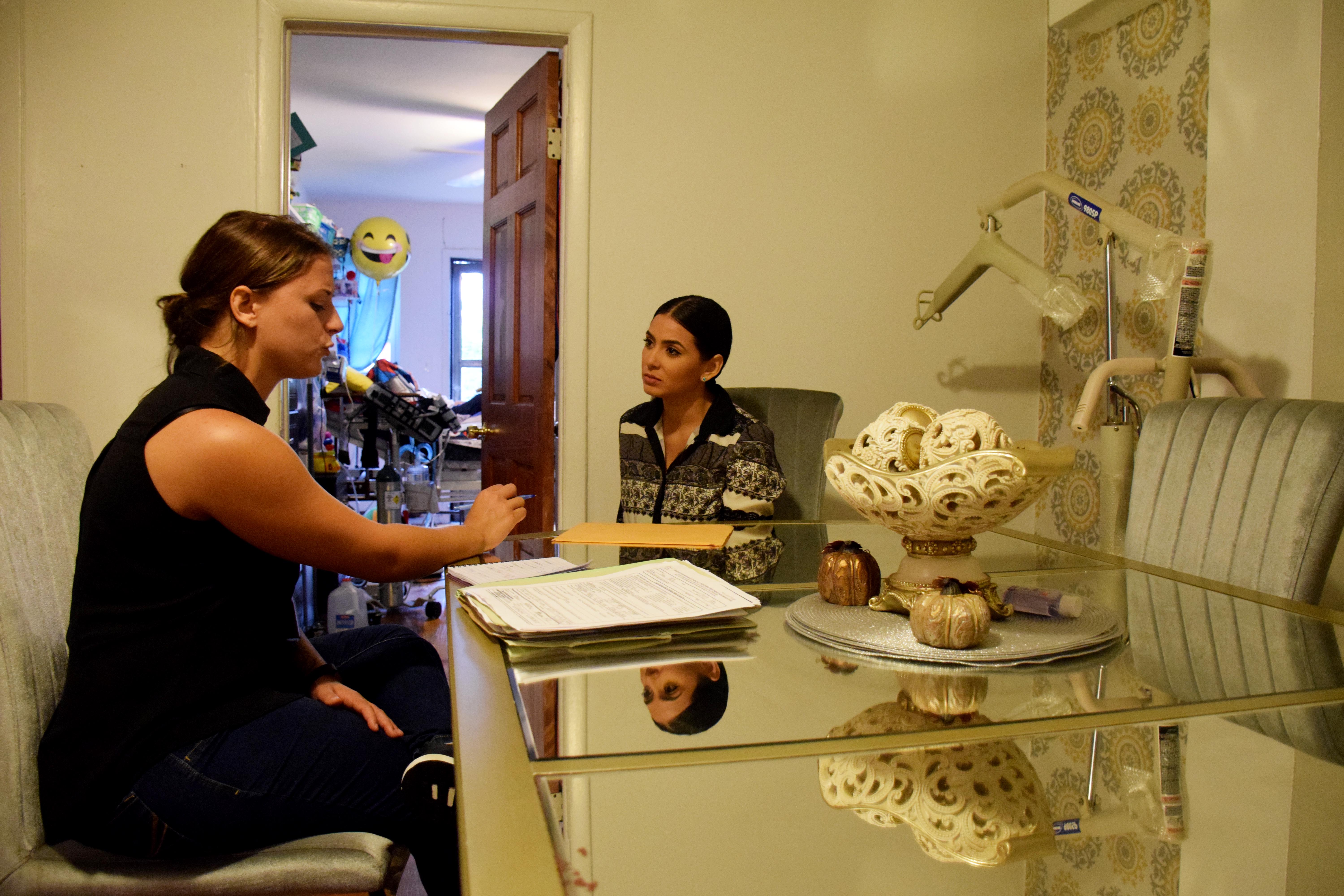 In March, he was ready to transition home. Alongside Bentley and his mom was Christina Horelick, LMSW, their Health Home Care Manager who prepared them for the next step.

“We work on building the supports and foundations that they had in the hospital, at home,” said Horelick. Adding that, she not only works closely with the child, parents and/ or caregivers, and families to be a community resource, but also provides emotional support. “The Blythedale Difference is that our families feel like we’re family and they’re able to put their trust in us to make sure their kids are okay because Health Home’s got their back.” 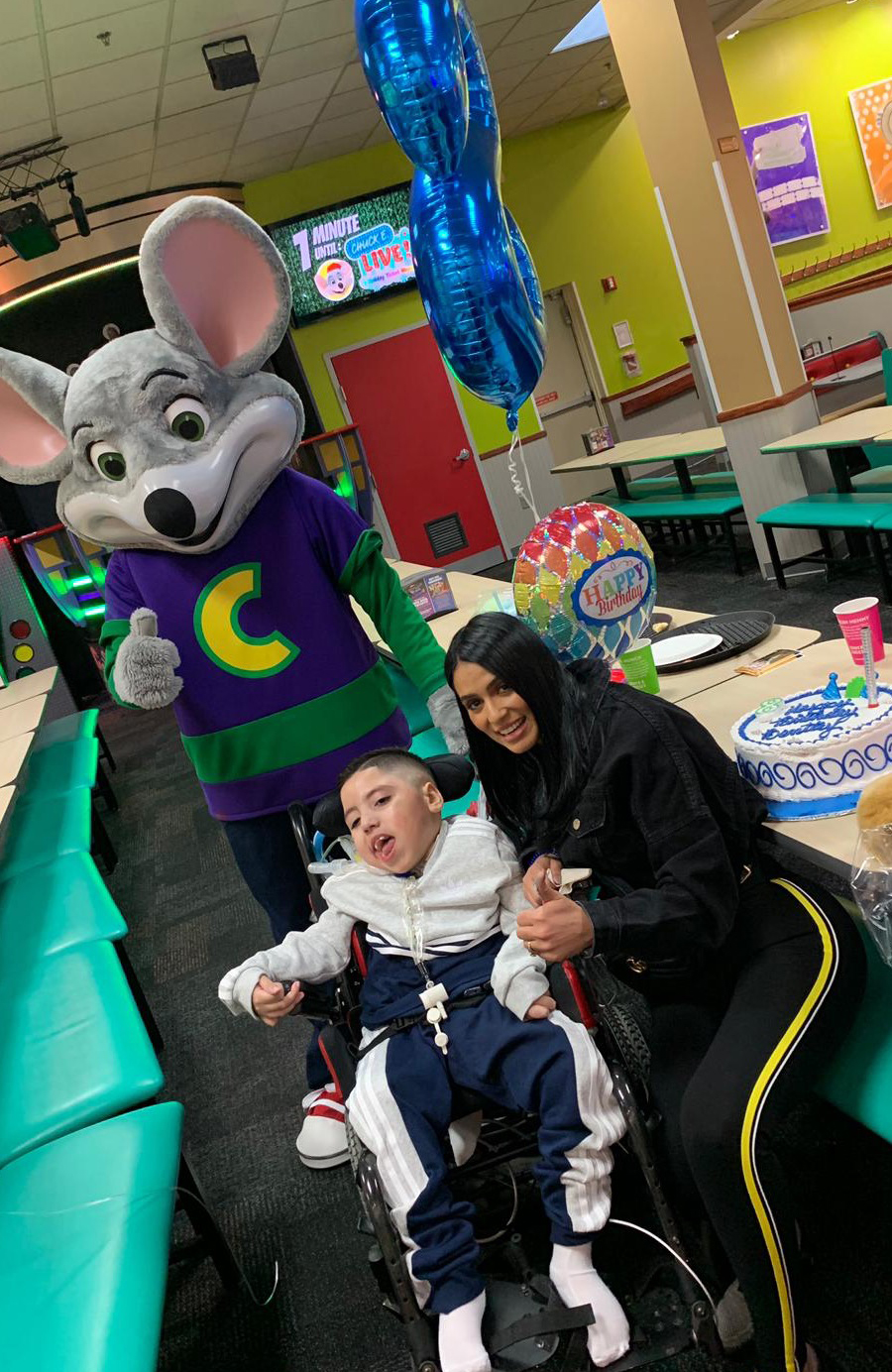 Sentiments with which Bentley’s mom agrees. “I used to worry about booking appointments and transportation, but now I can ask them for help and I feel supported. They have the knowledge that I don’t and Health Home has made my job as Bentley’s mom a lot easier.”

During his time in the Health Home program, Bentley has been thriving, medically and socially. He’s been attending appointments with his doctors and specialists via ambulette, playing in the park, visiting Build-A-Bear and even celebrating his eighth birthday at Chuck E. Cheese’s with family and friends.

“Blythedale is an amazing place and it changed my life,” said Marlenny.  “It made me a very strong woman and prepared to take care of my son.”