Antonio on the Run

Antonio is a cheerful and energetic four-year-old who has a smile that lights up a room. Watching him playing ball with his mom, it is hard to believe that just three months ago, Antonio and his grandmother were involved in a very serious car accident - one that almost claimed the bubbly preschooler's life. The car he and his grandmother were travelling in was hit by a speeding vehicle, leaving Antonio in very serious condition and with a wide range of injuries.

Initially unresponsive and rushed to a local trauma center, Antonio had suffered a severe brain injury and had surgery to place an external ventricular drain (EVD) to ease the building pressure on his brain. Antonio also endured multiple fractures to his face, arms, legs, clavicle and ribs, as well as pulmonary contusions, abrasions and lacerations. He required intubation for breathing, and a feeding tube. Antonio was admitted to Blythedale's Traumatic Brain Injury Unit just two weeks after the accident, for comprehensive rehabilitation, medical management of his multiple injuries, and pain management.

Upon admission, Antonio was in tremendous pain and greatly frustrated by his lack of independence. He struggled to identify family members by name, and frequently had difficulty coming up with the right words. The low stimulation environment of Blythedale's TBI Unit played an important role in his healing.

Treated by an interdisciplinary team of doctors representing pediatrics, neurology, physiatry, neuropsychology and psychology, along with physical, occupational, speech and feeding therapists, Antonio made rapid gains toward his goals of improved cognition, independent ambulation and the ability to eat without a feeding tube. Antonio's pain was closely monitored, enabling a gradually weaning from the multitude of medicines keeping him comfortable. Once his casts were removed, his therapists helped him regain strength in his arms and legs. Once he could bear weight on his legs, Antonio began walking with the assistance of a walker, relearned how to negotiate stairs, and began a therapeutic biking program.

His feeding therapist (a specially trained speech therapist) determined that Antonio could handle a puree diet, and he had his naso-gastric tube removed. Just a few days later, Antonio progressed to being able to tolerate a regular toddler diet. In occupational therapy, strength training and conditioning led to Antonio's ability to dress and feed himself again. His speech therapist continues to work on improving his cognitive skills and memory.

Less than two months after his admission to Blythedale, Antonio was able to be discharged home. He returns to Blythedale daily for continued physical, occupational and speech therapy. 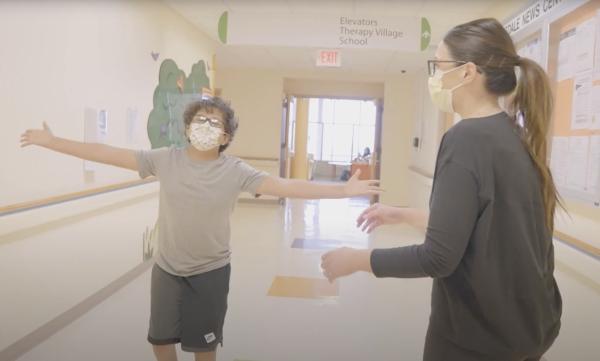 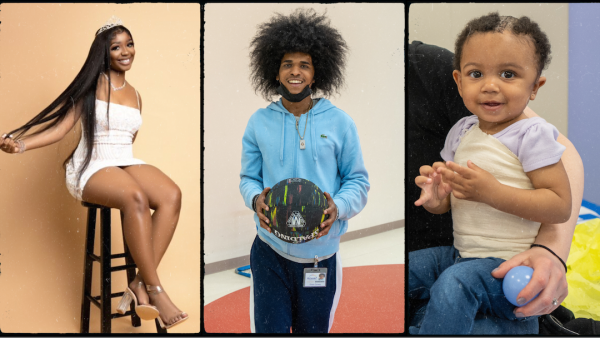 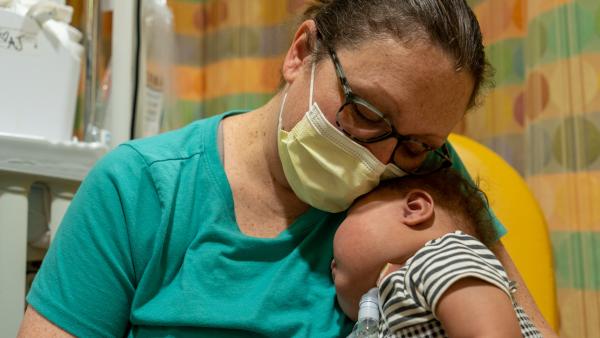 Eight-month-old AJ was born with both Down syndrome and Tetralogy of Fallot, a rare condition caused by a combination of four heart defects. Shortly after his birth, AJ required major surgery to improve blood flow to his heart. His complex condition necessitated both a tracheostomy (a surgically...
Explore All Stories